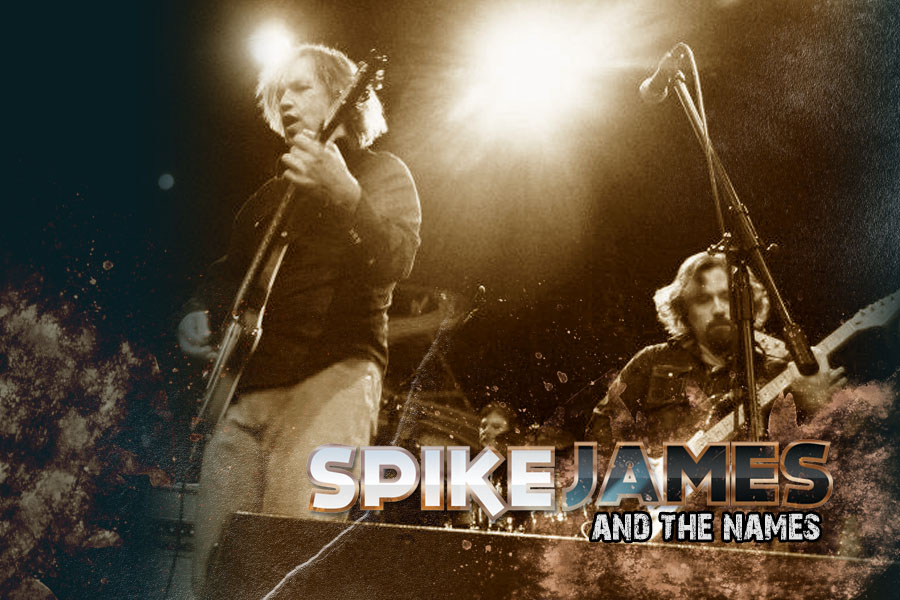 SPIKE JAMES AND THE NAMES

​Emerging from the San Francisco Bay Area's rich and diverse history of classic rock roots, Spike James and the names transcends the confines of rock, soul, country, jazz and classical music by creating a unique sound they coin "Vintage-Modern".  They harken back to the timelessness of superbands and art rock, revitalizing this spirit within a seamless tapestry of melodic composition married to poignant lyrics, which speak to the times.  One moment you can be hypnotized by a teary-eyed, road-weary ballad, and the next moment be dazzled by a show-stopping, barn-burner equipped with blazing guitars and wailing saxophone.  Childhood pals, Spike Lewis and James McDonald, are the tight-knit songwriting duo whose ability to create enduring and timeless songs, as well as captivating live shows, has won over many a-listener, including world-class musicians: Jeff Tamelier, Mic Gillette, George Brooks, Jef Labes, Sakai, Nikita Germaine, John Mader, Mark Foglia, and TJ Edwards, to name few.  They have worked with Grammy Award-winning engineer, Tom Size on their first self-produced album and were discovered and placed in rotation by 30-year radio veteran, Michael Davis on KRKC 102.1fm in the King City/Monterey Radio market.  They are currently releasing a new album under Steaming Monkey Records called An American Anthem.

​Epic Global Talent is excited to feature Spike James and the names, A San Francisco based rock band that draws inspiration from such musical icons as Bruce Springsteen, the Rolling Stones, The Beatles, Led Zeppelin, and Tom Petty to name a few.

Originality is the key component of all genuine art, and Spike James is creative both with lyrics and musicality naturally incorporating orchestration, such as violin, saxophone, or other classical instruments, if it is right for a particular song: music that is dense and elusive, vintage with a modern edge, speaking to the modern times. 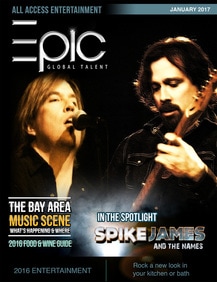 ​In an industry where bands are often pieced together, given songs and marketed to appear more genuine than they really are, Spike James is the real deal and has no need for such fabrication. Spike James embraces the complexities of their contemporary world without anger or rage, reminiscent of the art rock era when groups addressed the issues of the day and stood for something rather than just a means of escaping reality.

Their music incorporates a consciousness of previous musical eras when some bands made a positive social impact. Spike James does their best to offer positive passions in a new form for this generation. They have spent years paying their dues — writing and performing original music that is always authentic. 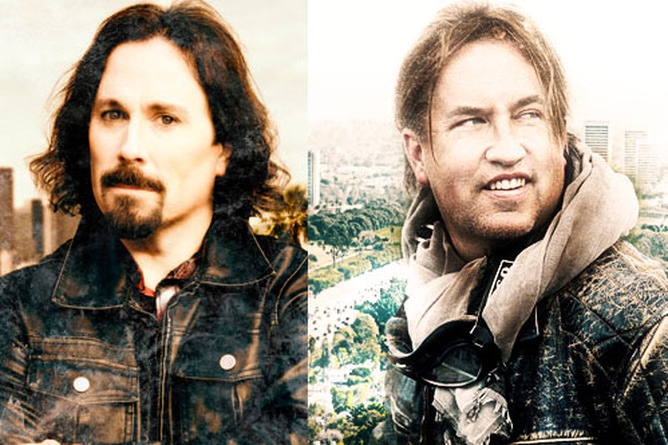